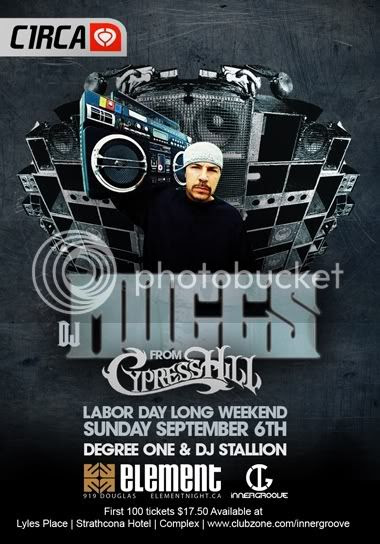 Muggs remained a formidable and recognized rap producer because of his work with Cypress Hill and his series of collaborative solo albums. Fame came quickly for the California-by-way-of-New York producer, as he scored runaway hits right off the bat with House of Pain ("Jump Around") and Ice Cube ("Check Yo Self"), as well as with his group, Cypress Hill. Cypress Hill's initial impact faded a bit, and the producer felt compelled to try something new. He then emerged with Muggs Presents the Soul Assassins, Chapter I (1997), an album laden with many various major-label rappers, including Goodie Mob, KRS-One, Mobb Deep, and RZA and GZA of the Wu-Tang Clan. The album spawned an MTV-aired single, "Puppet Master" (featuring Dr. Dre and B Real), and sold relatively well. After three more quiet years, Muggs returned with Chapter II, another guest-laden album featuring several big names. He parted ways with Columbia Recods and signed to Anti, an independent label distributed by Epitaph. His debut Anti release, Dust, bore little resemblance to his past work, which had been dark hip-hop, instead veering toward trip-hop à la Massive Attack and Tricky. He meanwhile continued to work with Cypress Hill, who had begun integrating rock into their music and experienced periodic success as a result. In terms of his own releases, Muggs decided to eliminate the problems he was running into with label owners by completely producing and releasing his own music. He started Angeles Record with Chace Infinite and DJ Khalil and issued Grandmasters, a collaborative project between himself and GZA in 2005.

More Info:
http://www.myspace.com/djmuggs
http://soulassassins.com
Posted by Degree One at 4:20 PM