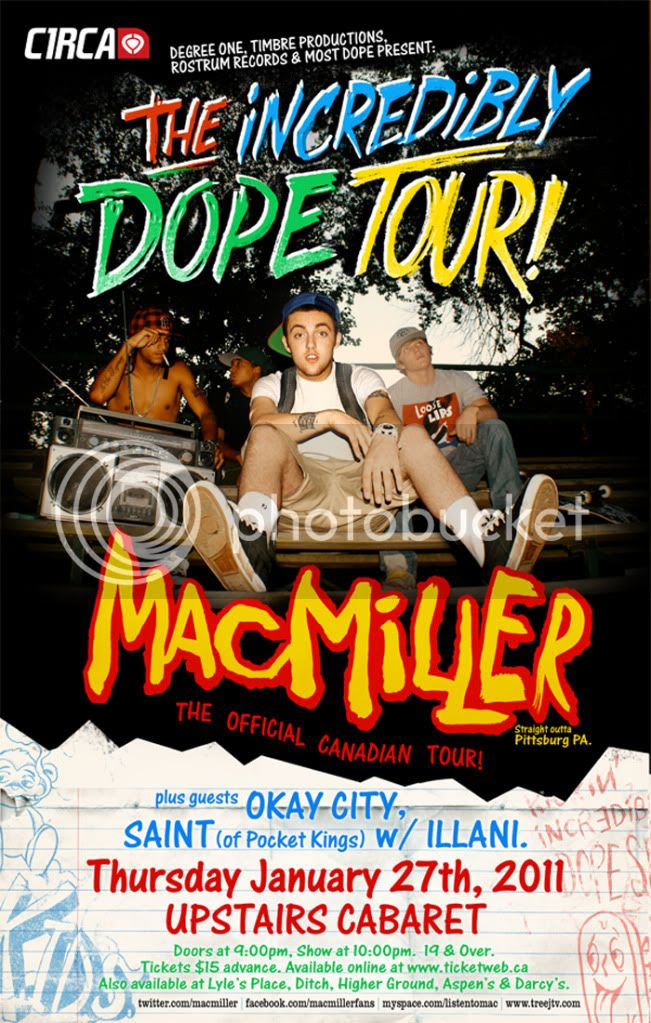 
"Now comes the 17-year-old Mac Miller who’s been spending the last hot minute carving out his own niche and establishing himself as one of PA’s premier prospects on the mic.” – XXLMAG.com.

“This fun-lovin’ Pittsburgh teenager seems pretty comfortable in his own skin, kinda like the kid you remember from school that managed to be popular with every clique. Dude’s pretty good on the mic, and he’s also pretty savvy: Hooking up with talented young filmmaker Ian Wolfson has made each of Mac’s three videos considerably stronger than your average low-budget fare.” — Complex Magazine

“He’s perfecting that flow for real… A Star in the making people!” — Rapmullet.com

“So why did I pick the Mac Miller video? We had over 100 people submit music videos. The competition was tough! You could tell that the video director is an artist. The video had a 70′s feel to it. From the shots, to the logos, to the transitions. The whole girl with the umbrella theme that kept replaying throughout the video was dope. It wasn’t high budget, but it looked like it. Also, the song had an authentic feel to it. There was no frontin, nothing extra, just a guy trying to holla at a girl.” – DJ Vlad on Mac’s “Got a CLue” Video