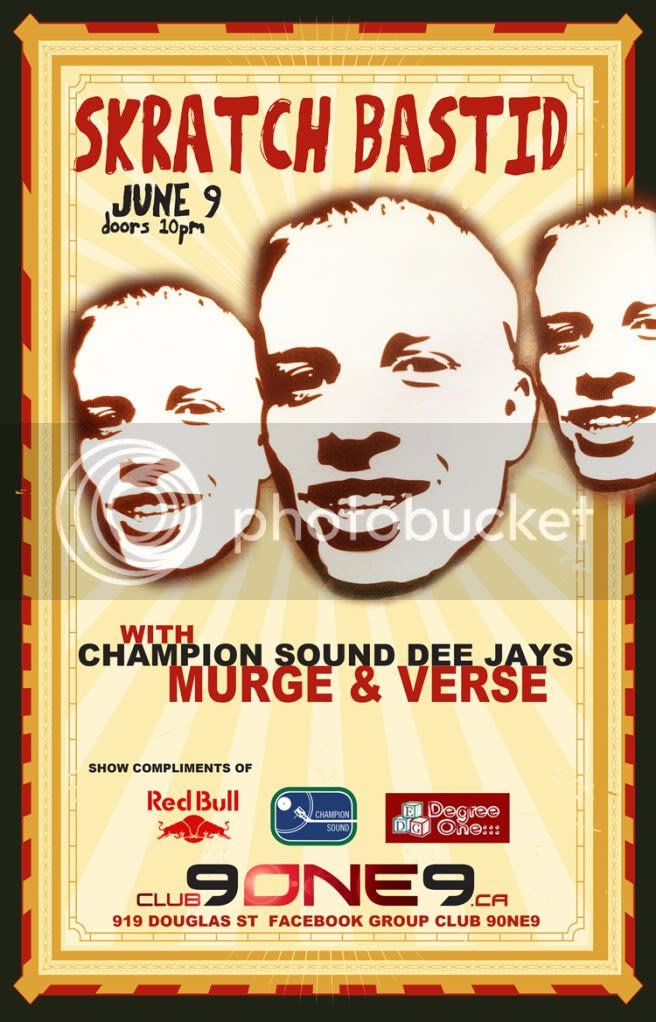 
In 2010, The Bastid has become one of Canada’s most in-demand DJs and respected producers but don’t think it happened overnight. From his humble beginnings a decade ago as a teenager in Halifax- pumping out mixtapes from his bedroom and earning a loyal following already back then- he slowly spread his skills first at DJ competitions like DMC, ITF, and Scribble Jam and now around Canada and the world as a widely recognized go-to guy for party-rocking. The illest redhead on turntables has since gone viral. Seriously, youtube that shit.


What do you get when you combine a DMC DJ Battle Champion and a RedBull 3Style DJ Battle Champion together ?  Victoria's Champion Sound Dee Jays Murge & Verse have been playing together on a 4 turntable format for 10 years as part of Victoria's longest running Club night Stirfry (R.I.P.) and to packed dance floors and festivals across Canada including Jazz Fest, Shambhala and Soundwave. They have both won Dj Battles and produced several remixes that have received praise from blogs around the world. Their years of playing together and solo have given them the skill and ability to rock any crowd they are put in front of, seamlessly mixing between B-More Club, Funk/Disco, Classic Hip Hop , Dancehall and any other type of music to keep the dancefloor bouncing. Their style is aggressive, yet smooth, constantly maintaining their entertaining turntablism. oh and a word of advice, Bring your DAMN DANCING SHOES!!