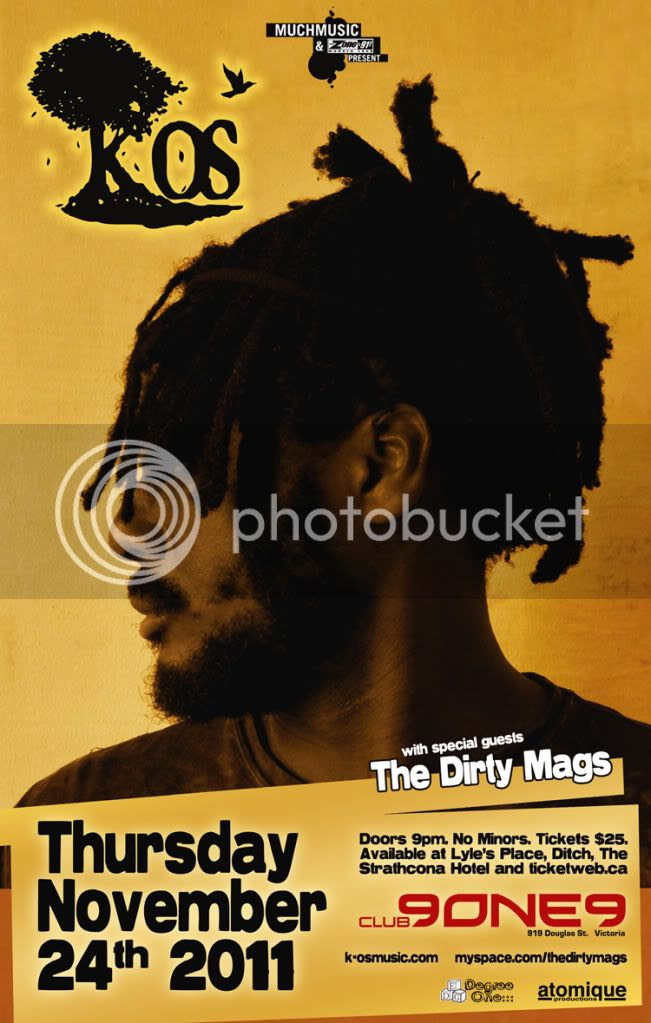 Brought to you by Atomique Productions and Degree One.
-------   -------   -------   -------
K-OS:
On March 26, 2002, K-OS released his debut album Exit in Canada to critical acclaim. The United States release followed the next year on January 28, '03. The album incorporated several music styles, and was described as a "carefully blended pastiche of hip-hop, soul, rock, R&B, and a touch of reggae" by Stylus Magazine. Billboard Magazine called the album "One of the finest hip-hop records Canada has ever produced."The first single and promotional track for the album was "Heaven Only Knows". Like the "Musical Essence" single, the video for "Heaven Only Knows" was sponsored by a VideoFACT grant. The second single, "Superstarr Pt. Zero," was then released, which won "Best Music Video" award at the 2003 Urban X-Posure Awards.

On August 9, 2010, K-OS released a follow-up mixtape to Yes!, entitled The Anchorman Mixtape. Mainly recorded on his tour bus, it featured leftover tracks from Yes!, as well as new tracks. On October 4, 2011, K-OS released his MTV Unplugged recording. This album also features two new songs, "Sprayin' My Pen", and a new version of "Faith" featuring Drake.

No Minors. 2 Pieces of ID Required.
Posted by Degree One at 4:20 PM