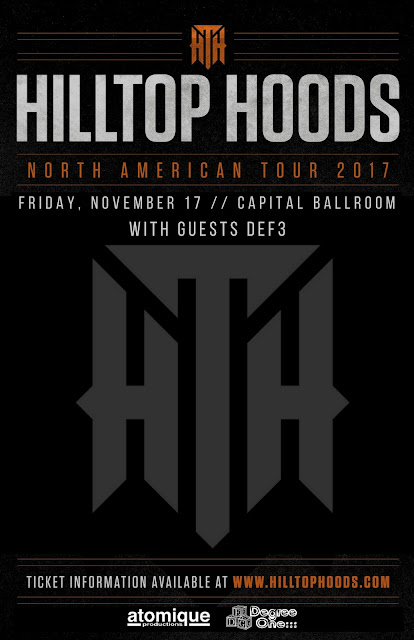 Degree One and Atomique presents

This was evident from the reaction to the crew's last album ‘State of the Art', the biggest selling Australian Hip Hop album of all time. Not only did it hold the number one spot for two weeks, it won two ARIA's and turned out to be a multi-platinum monster. MC's Suffa and Pressure continued their art of weaving tales of everyday life into razor sharp musicality, while DJ Debris remained the backbone of the band's formidable live show. An album so big, so fresh and so well executed ‘State of the Art' transformed the perception of Hip Hop in Australia.

Their success has not been limited to Australia though the Hoods have proven they can take their sound to the far corners of the globe. They've toured everywhere from Switzerland to South Korea, appearing at such festivals as Glastonbury, Splendour In The Grass, T In The Park, Oxygen, Openair Frauenfeld, Splash and have spent years grinding out acclaimed headline tours. Sharing a stage with Eminem on his upcoming sold out Australian tour speaks volumes of the trio's popularity and their ability to translate to a wider audience.